Breaking Down the NIL Myths of Working with College Athletes

By Torrey FeldmanNovember 15, 2021No Comments

Photo by Juan Salamanca from Pexels

College athletics has a particular fandom all its own that generates nearly $20 billion a year. Yet, until this year, the key players in intercollegiate athletics – the athletes themselves – could not capitalize on their own names, images, and likenesses (NIL) amid this money generating machine. Now the questions are what’s changed, where are athletes now able to sign NIL endorsement deals, and how does it all work?

On June 21, 2021, the Supreme Court took a dagger to the NCAA’s existing NIL rules by way of antitrust law. By agreeing with lower courts that the NCAA engages in a monopsony (meaning that it acts as the only buyer in a market), the unanimous court in Nat’l Collegiate Athletic Ass’n v. Alston, 141 S. Ct. 2141 (2021) changed the course of college athletics as we once knew it. Before, the NCAA was the only entity able to monetize the NIL of college athletes (of course universities were beneficiaries as well, but under the NCAAs rules). It’s not to say that the NCAA didn’t provide other means for these athletes to “improve their welfare” (see the $84 million “Student Assistance Fund” and the $49 million “Academic Enhancement Fund” that Justice Gorsuch cites in Alston). But these athletes still were unable to cash in on their own name, image, and likeness – what makes them who they are. That somewhat predatory power dynamic has now been tossed by the wayside.

In the Alston case, Justice Gorsuch writes, “For our part, though, we can only agree with the Ninth Circuit: ‘The national debate about amateurism in college sports is important. But our task as appellate judges is not to resolve it. Nor could we. Our task is simply to review the district court judgment through the appropriate lens of antitrust law.’ 958 F.3d at 1265. That review persuades us the district court acted within the law’s bounds.” 141 S.Ct. 2141, 2166.

Days after the ruling came down, the NCAA scrambled to “get ahead” of the states that had already passed legislation allowing for college athletes to cash in on their NIL rights. Most of those state statutes were set to go into effect on July 1, 2021 – only ten days after the ruling. Interestingly enough, the interim NIL policy drafted by the NCAA also went into effect on July 1, 2021 and is in effect until the NCAA, working with Congress, “develop[s] a solution that will provide clarity on a national level.”

So with the NCAA’s back against the wall and no federal legislation regarding NIL and college athletes, how should anyone navigate this space? Well, that takes a keen understanding of the various laws and school specific rules that now determine how college athlete NIL endorsements really work.

Without getting into a course on Constitutional law and federal preemption, most folks understand that if there is a federal law and a state law that are in disagreement, the federal law will prevail. Thus, if no federal law exists, then the state law is the law of the land within that state’s borders. Simple enough.

What then happens if a college student athlete is from a state where the NIL laws say one thing, but they attend a school where the laws say another, and the university’s athletic department has their own guidelines, etc? Welcome to the gray area.

This patchwork of states that do and don’t have NIL laws on the books not only creates ambiguity, but may soon create a new competition of its own. The National College Players Association (NCPA) published a rating system in October 2021 of the existing NIL laws and their favorability toward college athletes. The 22 states that do not currently have NIL laws all received a 0% rating from the NCPA.

The Washington Post, in an article about the NCPA’s rankings, wrote, “The idea, said NCPA executive director Ramogi Huma, a former UCLA football player, is to give college recruits and transfers a means of evaluating how much latitude they’ll have to profit from their fame in weighing scholarship offers — just as they might weigh one school’s athletic facilities, coaching staff and conference affiliation against another’s.”

Schools in states like New Mexico at 90% or Maryland, Missouri, and Oregon 81% can possibly all now claim superiority in the ability for student athletes to maximize their potential both on and off the field if they commit to schools in those jurisdictions. Conversely, states with massive Power 5 schools that earned unfavorable ratings (think Alabama – 43%, Georgia – 52%, Illinois – 43%) may have to go back to the drawing board for the sake of recruiting.

Lack of uniformity from a federal level will continue to cause confusion (think cannabis laws), but what about recruiting? If universities in one state are having an easier time navigating those NIL laws and a program is obviously proving profitable for their athletes, how quickly does that ability to maneuver in this new space translate to getting the top recruits? With that, if businesses are forming longstanding partnerships with schools in one state over another because their state legislature made it easier to do so, why bother with an athlete at a school that’s behind the curve? Regardless of the future implications, let’s debunk some of the current NIL myths floating amid the unknown.

The concept of name, image and likeness (NIL) is not new to sports law. NIL falls under the Right of Publicity umbrella which is housed within the larger legal area of Intellectual Property. For years now, people with some form of celebrity status have been granted certain Rights of Publicity when it comes to how their names, images and likeness are used in connection with commercial products. Infringement cases abound far and wide from instances where brands were not granted NIL rights prior to their use thereof, so having endorsement agreements in place is key. Debunking myths about this new landscape is also important to understanding it.

Myth 1: Since it was a Supreme Court decision, there must be federal laws governing how college athlete NIL sponsorships work, right?

You already know the real truth here. Neither Congress nor the NCAA have established country-wide laws or rules to govern how college athletes, recruits, their families, and member schools capitalize on their NIL. For now, state law governs in states where legislation has been passed to address collecting profits from these rights. In states that have not passed NIL legislation, individual institutions may create their own rules for their college athletes to abide by.

Myth 2: A brand must decide that they want to work with either a whole team or a specific player, but not both.

False. At Georgia Tech, the entire football team was offered an endorsement deal with TiVo, of which 90 players accepted. FTX, a leading cryptocurrency company, etched a deal with only starting quarterback Ken Seals. Most notably, Degree deodorant has partnered with fourteen collegiate athletes spanning ten different schools and nine different sports in one campaign. The opportunities to reach demographics in ways that were once off limits are vast and ever-expanding. Companies can target a certain school, a certain sport, a certain athlete, or a mix of all three.

Myth 3: Only athletes at Power 5 schools will be sought after for NIL deals.

Incorrect. One of the main drivers for a student athlete to score an NIL deal is the personal brand that the athlete has created for themselves, separate and apart from the university they attend. And much like local radio personalities are local celebrities, the same is true of college town athletes. For example, Hercy Miller, a basketball player at Tennessee State University in Murfreesboro, TN signed a $2 million deal with tech company Web Apps. Miller just so happens to be 5 time Grammy winner Master P’s son. The deal basically wrote itself because of who Miller is, not where he goes to school.

Myth 4: Ok fine…but only the star players in the most popular sports will get a deal.

Not true! Let the Degree deal be the prime example. Athletes on the roster for that deal include: a para swimmer, a women’s gymnast, a wheelchair basketball player, women’s volleyball players, a women’s ice hockey player, a men’s lacrosse player, a softball player, and of course, traditional men’s basketball and football players. The diversity in opportunities is vast when it comes to the college athletes who can cash in on NIL deals.

Not to mention, college athletes being able to capitalize on NIL has the potential to level the playing field for female athletes in a way that doesn’t exist in professional sports.

Myth 5: Paying college athletes detracts from the overall amateurism of the game(s).

Says who? The NCAA has historically couched their concern with pay-for-play as a crucial reason why college athletes should not be able to profit off of their own NIL. However, as the governing body says itself on its NIL resources page, “The college athlete model is not the professional model, meaning students will compete against other students, not professionals or employees.” Therefore, obviously, college athletes being paid for NIL rights does not disrupt the amateur intercollegiate sports model. The NCAA said so itself.

Thus, as more and more states adopt NIL laws for collegiate athletes, both the recipients and the businesses offering endorsement deals must be very well informed about what is and is not permissible. No one ever wants to run afoul of the law when drafting contracts and promoting brands, but the dynamic nature of this space in particular makes for an even higher sense of alertness. Attorneys at Rockridge® are both knowledgeable in this evolving area of the law and able to assist with these deals across the country. 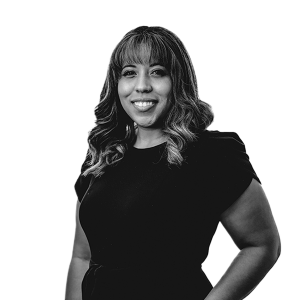 Torrey M. Feldman, Esq. attended American University Washington College of Law for her Juris Doctorate in Washington, DC. Prior to law school, she received a Master’s of Science in Communication and Information with a concentration in Sports Journalism from The University of Tennessee, Knoxville.  Her legal practice includes amateur and professional sports, entertainment contracts and representation, emerging financial technologies, copyright, trademarks, alternative dispute resolution, and litigation. Read more about Torrey, Connect with her, and Calendly her.