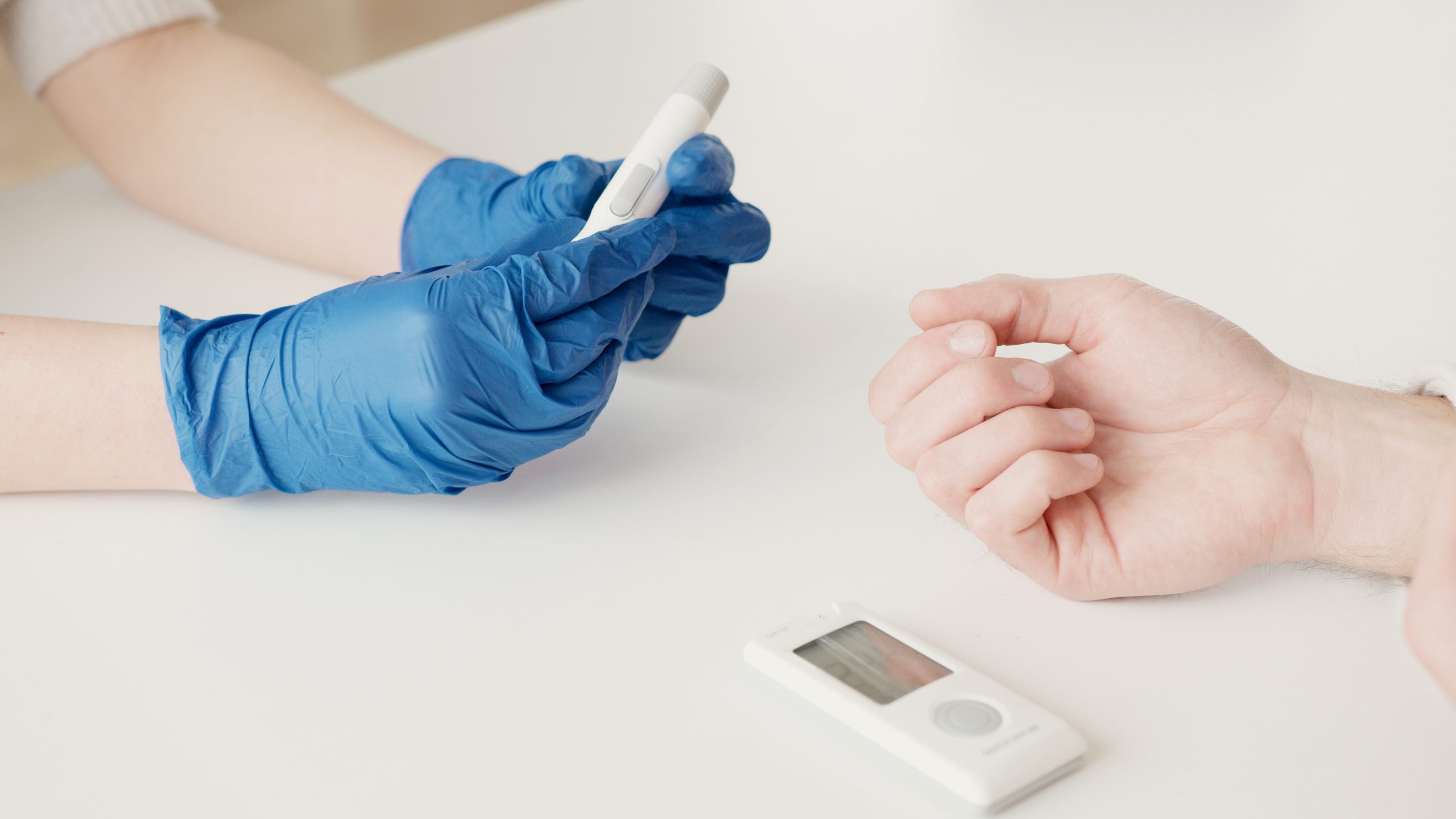 3 Patent Due Diligence Lessons to Learn from the Theranos Saga

Photo by Artem Podrez from Pexels

A Case Study of Patent Due Diligence Opportunities and Pitfalls

It’s November 2021, and Theranos is still in the news. After several delays in the criminal trials of former CEO Elizabeth Holmes and former President Ramesh “Sunny” Balwani, Holmes is now on trial and Balwani is slated to stand trial in 2022.

The Theranos story is a cautionary tale for would-be entrepreneurs who may over-promise and under-deliver. Much has been written about this ongoing saga, some of which revels in the more sordid details. We thought we’d take a different approach and ask – what IP lessons can we learn from the Theranos saga?

Theranos was founded in 2003 and collapsed in 2018. The company’s eventual decline was precipitated by John Carreyrou’s investigative articles published in the The Wall Street Journal in late 2015. As alleged in the 2018 SEC charges (PDF):

“Holmes, Balwani, and Theranos raised more than $700 million from late 2013 to 2015 while deceiving investors by making it appear as if Theranos had successfully developed a commercially-ready portable blood analyzer that could perform a full range of laboratory tests from a small sample of blood.”

In early 2015 and prior to Carreyrou’s exposé, Holmes received high praise from then-Director of the USPTO Michelle Lee:

“Elizabeth Holmes, like Benjamin Franklin and Edith Clarke, challenged a basic assumption. Why, she wondered, do doctors and researchers need to take so much blood from a person when running tests? She’s proven that they don’t. Her innovation—which she has patented—requires the patient to surrender a mere drop of blood, and that small sample is then used for numerous experiments. It’s no surprise that the company she founded on this technology is thriving.”(emphasis added)

It appears that Holmes and Theranos have proven no such thing. Recently, the jury in the Holmes criminal trial heard testimony detailing the dubious claims about the technology sent to investors (including to Rupert Murdoch, who invested $125 million).

Could these claims have been vetted more thoroughly?

IP law is complicated, to put it mildly. The Manual of Patent Examining Procedure (MPEP) describes and presumably clarifies patent examination based on Title 37 of the Code of Federal Regulations and Title 35 of the United States Code. The MPEP is over 3,000 pages long.

Add to this the periodic guidance documents issued by the USPTO and frequent court rulings resulting from patent disputes. These continually alter the patent law landscape, and admittedly, it’s a lot to keep track of.

Then, apply this knowledge in evaluating the merit of the complex web of hundreds of patent applications and patents assigned to Theranos. While each issued patent may not be incredibly long in final form, the prosecution history of each can be very lengthy. Take, for example, the first patent, granted in 2007, and a patent granted in 2019 after the company’s demise:

What’s the significance of a prosecution history? During the back-and-forth prosecutorial negotiation with a patent examiner, independent of appeals and third-party challenges, a patent practitioner is likely to make several amendments and assertions to get around problematic prior art; these amendments and assertions can have the effect of expressly limiting the strength an enforceability of an ultimately issued patent. A comprehensive analysis of an IP portfolio as large as that of a company like Theranos is time-consuming and costly.  IP diligence is not for the faint of heart, and some have postulated that Theranos investors lacked the life science chops to understand the technology (or lack thereof). (Unfortunately, while many investors may take IP due diligence seriously, prospective board members rarely do. Theranos’ name-dropper’s paradise of a board included Henry Kissinger, Jim Mattis, George Shultz, William Perry, William Foege, and Richard Kovacevich. A star-studded board can send endorsement signals which delay or undermine proper due diligence.)

It can be difficult to assess any new, untested technology based on two requirements to patent an invention: utility (including operability) and enablement (sufficient description). This brings us to our second takeaway.

Can you patent a hypothetical idea? Well, you can, but you may not.

To elucidate, a patentable invention is one that is useful, among other things. This is the utility requirement, which essentially means the invention should work. In addition, a patent application must describe the claimed invention with sufficient detail to enable those skilled in the art to make and use it. This is the enablement requirement. So while a hypothetical idea sometimes can be patented even if it lacks utility and enablement, it should not be patented in accordance with the utility and enablement requirements.

We now know that the Theranos technology didn’t work as advertised, and arguably didn’t work at all. And yet, as former USPTO Director Michelle Lee pointed out, Holmes patented her “innovation”. That’s because it takes a lot for an Examiner to reject a patent application based on inoperability. In fact, this is specifically addressed in MPEP 2107.01:

“Situations where an invention is found to be “inoperative” and therefore lacking in utility are rare, and rejections maintained solely on this ground by a federal court even rarer.”

“A commercially successful product is not required . . . partial success being sufficient to demonstrate patentable utility . . . In short, the defense of non-utility cannot be sustained without proof of total incapacity.”

So, Examiners of the Theranos applications could not reject these applications for lack of utility without proof of total incapacity. Hindsight is 20/20.

We now know that Theranos may not have been in possession of the claimed technology, and that it lacked enablement with a specific and useful teaching. This is where the line between patenting an idea and patenting an operable technology can get a little fuzzy. Patent Examiners regularly reject applications for lack of enablement, and sometimes with lasting consequences.

Take, for example, another high-profile life science innovation – the Nobel Prize-winning CRISPR technology. The patent dispute between the MIT-Harvard Broad Institute and UC Berkeley over CRISPR began when both parties filed patent applications in 2012 and ended with a decision for the Broad Institute in 2018. Now, the current CRISPR IP landscape is a tangled web, even as CRISPR has transformed biological research and offers game-changing promise as a gene editing therapeutic.

But Broad and Berkeley weren’t the first to file patent applications on the technology. Years earlier in 2009, Northwestern University filed patent application US12/564,589 claiming methods of using the technology. However, this application was abandoned in 2012 after a 2011 final rejection for lack of enablement. The Examiner pointed out that the disclosure included “no working example,” “no ‘adequate’ description,” “no structural limitation,” and no description of “which ‘DNA sequences’ are targeted.” The Examiner writes that:

“Note that the technology pertaining to CRISPR and cas genes remained largely ‘hypothetical’ at the time of filing.”

“Nascent technology, however, must be enabled with a specific and useful teaching…Thus, the public’s end of the bargain struck by the patent system is a full enabling disclosure of the claimed technology.”

It seems dubious at best that the Theranos patents and patent applications included a full enabling disclosure of the claimed technology. Again, hindsight is 20/20.

IP Takeaway #3 – Not all patents are created equal

As we established in IP Takeaway #1, the Theranos patent portfolio was large and complex. As we established in IP Takeaway #2, even issued Theranos patents may have lacked utility and entitlement, calling into question at least their value and possibly their validity. Not every patent is created equal, and this certainly applies to the Theranos IP portfolio.

In “Worthless Patents” (PDF), Kimberly A. Moore, judge of the US Court of Appeals to the Federal Circuit, examined patent value through the lens of maintenance fee payment. She examined historical data from the year 1991, the earliest date she could examine payment of maintenance fees over the entire term of the patent, asking how many were paid up through the entire term and how many were allowed to expire.

Words matter, and in the expansive Theranos IP portfolio there sure were a lot of them.

From claim construction to the written record of the prosecution history, word choice is critically important throughout a patent application and prosecution. In one Supreme Court ruling that awarded an almost $300 million judgement, the decision hinged upon the definition of the term “metacode” used in the claim and defined in the specification  (Microsoft Corp. v. i4i Ltd. Partnership, 564 U.S. 91 (2011)). As Mark Twain wrote:

Notably, the Theranos patent portfolio lives on even after the fall of Theranos, just in different hands.  Some of these former Theranos patents were at the center of a lawsuit alleging that tests rolled out to address the COVID-19 pandemic infringed on them (read more about it in our blog post Patent Trolling in the Time of COVID-19).

Suffice it to say that this likely won’t be the last we hear of Theranos IP. 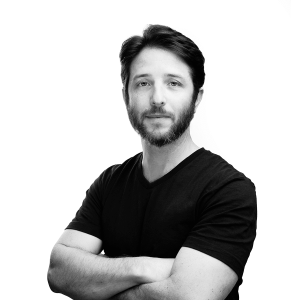 Andrew Lerner joined RVL® as a registered patent agent upon completing his PhD in Biochemistry and Biophysics at the University of North Carolina, Chapel Hill. His practice areas include clearance & patentability analyses, patent prosecution, and due diligence; strategic IP portfolio development; and IP diligence for life science venture funds.

Andrew has supported faculty, researchers, and staff involved in innovation and commercialization across broad disciplines at top tier universities, and has led IP and market diligence activities for life science, biotechnology, and medical device seed funding. He serves as a reviewer for several seed stage funding mechanisms and regularly advises entrepreneurs as a mentor through Veterati, a platform that connects veterans/mentors with Service Members, Veterans, and Military Spouses. Email Andrew or schedule time with him through Calendly to discuss how he can benefit your technology development needs.