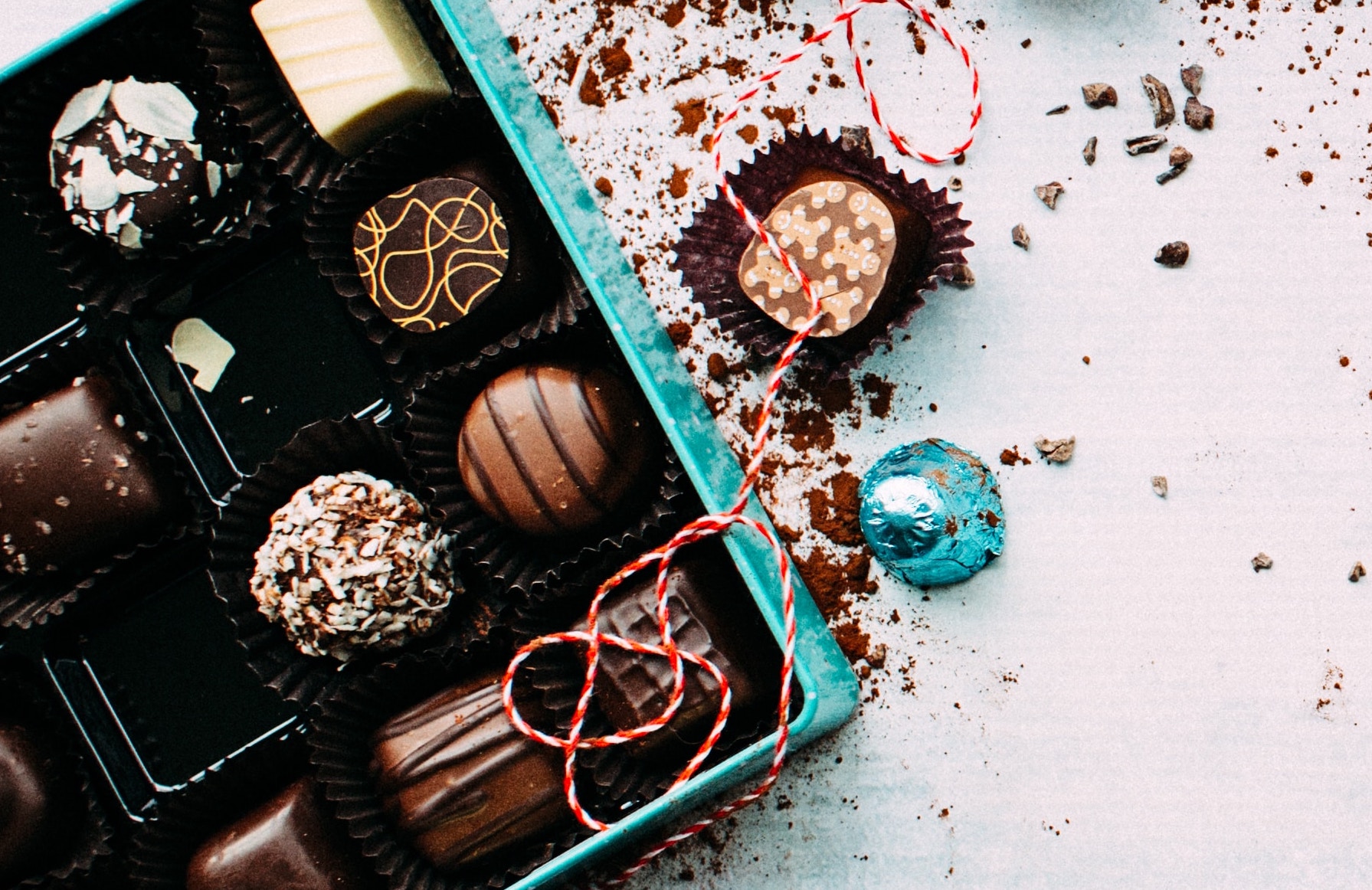 Is Your Business Like a Box of Chocolates? : A Guide to the TN Series LLC

When it comes to setting up your business as an official entity, there are a variety of options. Below, we’ll take a look at the Series LLC (as defined in Tennessee) option – what it is, when it’s the right choice, and what the steps are to form this entity. We’ll also review how a Series LLC is taxed, and some risks that may be involved. Let’s get started:

Like a typical LLC, the Series LLC provides its owners (called members) with limited liability so that their personal assets—house, car, expansive collection of miniature ceramic elephants—cannot be reached.

Under the limited liability structure, only the assets of the underlying business can be touched. Meaning: the business pays its own bills. In some instances, the owners of an LLC might wish to keep some assets separate from the liabilities of other parts of the business.

To explain this in more depth, let’s take a look at a real estate example. The owner-member of the real estate business has a ton of properties, some very nice suburban single-family homes, and some college-tenant apartments that are less high-end and more likely to be short-term rental situations. 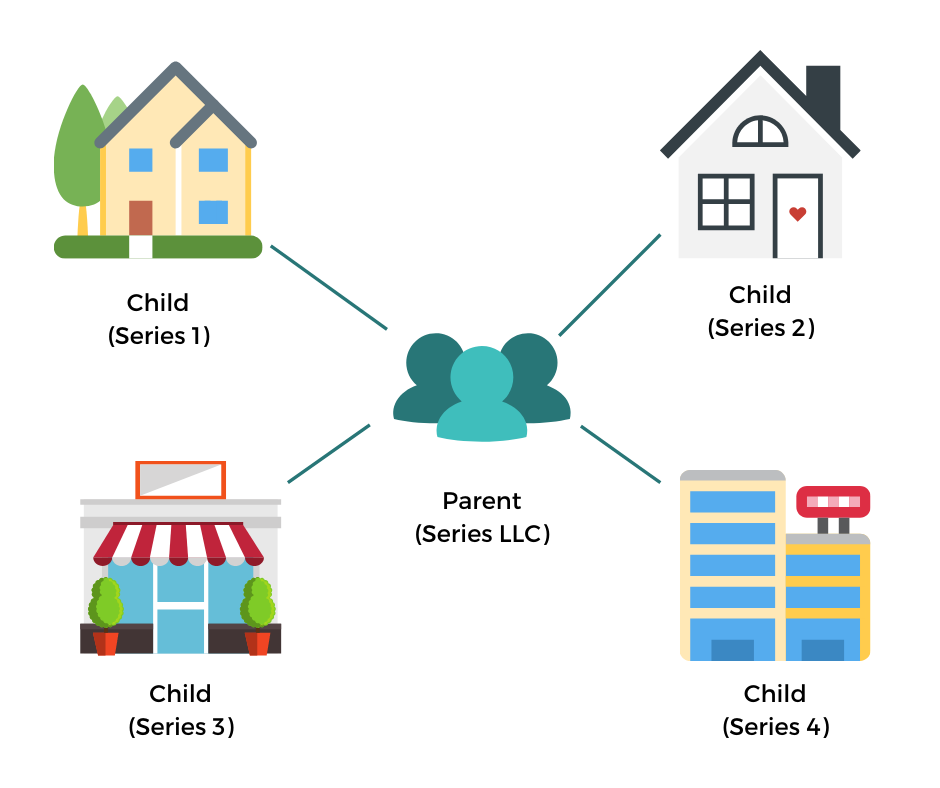 Knowing that the risks involved in holding these properties are very different, the owner might wish to keep the liabilities of its riskier properties segregated from the others, instead of tying their assets together under the same entity form.

In that case, the owner might create a Series LLC, which would allow it to operate the real estate business as a parent-series and the individual properties or a group of properties as separate child-series.

The Series LLC business structure is ideal for an owner that wishes to segregate her assets in a way that provides clear and comprehensive liability protection under certain circumstances. It is not ideal for situations where the owners will be sharing assets between the series with no accounting of rent or formal record-keeping. A Series LLC can compartmentalize the various divisions of an operating company or function as a holding company. Most commonly, Series LLCs are used for real estate, mutual funds, venture capital, captive insurance, oil and gas ventures, franchises, and licensed businesses.

How to Form a Series LLC

As of the writing of this article, there are hundreds of Series LLCs operating in Tennessee. This is probably because they are relatively simple and inexpensive to form. In Tennessee, a Series LLC can be formed by simply checking a box on the entity formation form—so one state filing is all you need to create a parent-series.

The child-series that follow don’t require a filing at all! This means paying one filing fee can create an indefinite number of internally liability protected child-series. Also, when checking that box to form the parent-series, the owners don’t even have to indicate to the state how many child-series there will be (But Tennessee does recommend noting the creation of each child-series with them for ease of eventual termination).

Despite the inexpensive nature of its formation, the practical effect of forming a Series LLC might be more costly in some cases. Each child-series will need to be operated individually, like it is its own business. Each will need to maintain its own records and account, having its own specific associated members, managers, assets, liabilities, and business purpose or investment objectives.

Expenses may be shared across the series, like those for office space or personnel. However, such shared cost like rent should be spread out between the child-series in a logical, notated way. This requirement for separateness might effectively add to the administrative expenses of the business.

When choosing a name for each child-series, the owner should consider including the name of the parent-series and making each name distinguishable from the names of any of the other child-series. If the name is too long for good business branding, consider using a DBA (doing business as) for the child-series.

Taxes on a Series LLC are very similar to the taxing of the traditional LLC structure. It all depends on whether the entity elects to be treated as a partnership, corporation, or disregarded entity under the “check-the-box” regulations.

The default classification for a multi-member Series LLC and each child-series that has two or more associated members is that of a partnership, unless it elects to be taxed as a corporation.

Keep in mind that each series is treated as a separate entity for Tennessee state and federal income tax purposes. The parent-series can elect for taxation as a corporation, while each child-series can elect its own classification.

For franchise and excise tax, the parent-series and each child-series will generally be classified as a corporation, partnership or disregarded entity, consistent with the way it is classified for federal income tax purposes.

Risks with Being a Series LLC

All business is risky business, am I right? So put on your white socks and button down and slide on over for a chat.

The Series LLC entity is still a *fairly new* concept, so the law around that area could be considered underdeveloped. Also, not all states are hip to the trend—some states don’t recognize the Series LLC form, and most states that do have Series LLC statutes differ on how the entity should be treated. This is to say, you would be taking a great risk to operate in a state when the law is unsettled or unknown as to the effectiveness of the internal limited liability shield of the Series LLC (AKA the reason you’d want a Series LLC in the first place).

For this reason, it is important to consider where the Series LLC might be operating prior to choosing that entity structure. If the parent and/or child-series will have business outside of the state, the owners should be acutely aware of engaging in business in any state that has not passed enabling Series LLC legislation. Additionally, all contracts should provide that the law of the state of the Series LLC should be applied in any choice of law provisions.

One of the benefits the traditional LLC holds over the corporate entity structure is the negation of formal record keeping. Generally, the owners of a corporation are required to hold annual meetings and maintain records in a formal fashion. On the other end of the spectrum, the owners of an LLC are not held to such strict standards.

However, the Series LLC falls closer on the line to the formal record keeping requirements of the corporation than to the traditional LLC. While the owners themselves may reserve their protection, failing to keep records properly might endanger the isolation of each child-series, making one child-series vulnerable to the debts and liabilities of another.

Generally, limited liability will protect a business owners’ personal assets from the reach of the business’ creditors in almost every instance. However, under certain conditions, this limited liability shield can be “pierced,” allowing creditors to breakthrough and reach the owners’ assets.

This is commonly referred to as “piercing the corporate veil,” although the concept applies to LLCs as well as corporations. When the owners of the business simple use the business as their “alter ego” to protect them from creditor liability, the veil protecting the business will likely be pierced. Some acts that might cause this are:

While the typical LLC does not need to maintain formal record keeping, the Series LLC does. Tennessee requires the maintenance of separate and distinct records for each series. In order to offer each child-series limited liability protection from the other child-series’ under its parent (that is, to keep the assets of parts of the business safe from the liabilities of other parts), each child-series must operate individually and separately from the others.

Sharing assets, bank accounts, and records is generally disallowed. Failing to keep the assets separate will mean that the owner cannot then keep the liabilities separate, as well—the creditors of one child-series may reach the assets of any child-series or the assets of the parent-series as a whole.

Now that you know more about a Series LLC, you can make an informed decision about what’s right for your business. Part of making an informed decision can involve contacting a subject-matter expert, such as an attorney. We’re well-versed in venture/business law at Rockridge and would be glad to get the ball rolling for you. Wishing you much success and satisfaction on the launch and growth of your business.