Photo by Natalie Dmay from Pexels

On March 21, the Securities and Exchange Commission (SEC) released its long anticipated proposed climate change disclosure rules. We got a first glimpse of these rules back in 2010 with SEC Release No. 33-9106 (2010 Guidance Related to Climate Change), and then again in 2021 with the Sample Letter to Companies Regarding Climate Change Disclosures. While the SEC’s guidance has variously been referred to as climate change regulations or ESG regulations, the proposed rules are at first glance is limited to greenhouse gas (GHG) reporting. However, there are several aspects of the proposed rules that go well beyond GHG emissions tied to physical sites and supply chains.

Prior to Monday’s release of the 510-page proposed rules (summarized in Release No. 33-11042 (Enhancement and Standardization of Climate-Related Disclosures), the SEC solicited public comment and received feedback from industry trade group participants, for instance, the Biotechnology Innovation Organization (BIO). Among BIO’s concerns stated in its June 2021 comments were that biotech companies already use internal measurement standards like SASB and GRI, that the life science industry is unique and that any climate standards should be sector specific, that smaller companies should be exempt from any climate standards, and that this form of regulation would be misguided since biotech is focused on improving lives and society (suggesting that climate regulation might impede that focus).

The proposed rules differentiate somewhat among larger and smaller companies, both in rollout timelines and scope of disclosure. For instance, smaller companies need only detail GHG emissions within its control, whereas larger companies have to detail GHG metrics all along its “value chain,” including sourcing and supplier activities as well as transportation, distribution, and end product use. However, in its review of materiality the SEC significantly expands the onus upon companies large and small by requiring the observation and planning for changing consumer, investor, and employee behavior and choices.

There is presently an open comment period where the SEC is likely to receive significant opposition, in response to which the rules will likely be further refined. Given the last decade of movement towards climate regulation, they are unlikely to differ significantly from what we now see. While we can expect several years of challenges and adjustment similar to public response to SEC environmental regulations of the 1970’s, there are clear, immediate trends the life sciences industry can expect:

What are some ways life science companies can prepare for the new climate change framework?

As things stand at present, the rules around the new climate change framework will require two things from every company – life science included. First, subject companies will need to articulate clearly and precisely how they intend to manage climate-related risks to their businesses, with specific goals and business transition plans included; these plans will need to be publicly disclosed on a regular basis. Secondly, there is a requirement for full, detailed disclosure of climate impacting behavior – specifically global greenhouse gas emissions, both those directly caused by the company and for larger organizations, indirectly caused by other firms in the vertical “value chain.”

If the proposed framework is adopted (and it is almost certainly going to, in a form very close to what we currently see), then phased implementation is expected to begin in 2023. Companies can, and should, get started with climate strategies now to best ensure compliance with the regulations, and to gain competitive advantages over those who delay or fight the inevitable standardization in corporate reporting.

Companies will need to assess every part of their operational ecosystems, including activities and impacts above and below them in the value chain. These assessments ostensibly extend to vendors of supplies and energy, as well as retailers and end use handlers of tangible goods. These assessments will form the baseline for your goals and transition plans, as well as form the first of your disclosure statements.

Once companies have established baselines of impact and risk, they will need to start planning for how to improve. That could involve modifying energy portfolios for greater focus on renewables, implementing blockchain supply chain measurements, or switching to fully biodegradable or recyclable materials. Even small plans for improvement should be documented and shared. 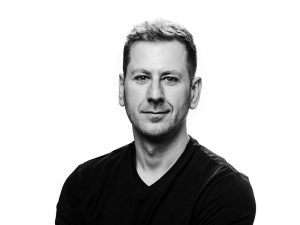 Kevin is the founder and principal of Rockridge®, a 4x B Corp Best For The World and Real Leaders Top 150 global impact company. He is annually recognized as a SuperLawyer, and has received numerous professional awards ranging from Conscious Company Magazine’s Top Business Leader to the Federal Lab Consortium’s technology license Deal of the Year. He has been profiled in B the Change, Forbes, the Los Angeles Times, Sustainable Brands, and many other media outlets highlighting sustainability and technology leaders. He is widely recognized for his thought leadership and initiatives at the nexus of impact and innovation.

As an ESG leader, Kevin is a 2050 Fellow at the Yale Center for Business and Environment (CBEY), and select member of the World Economic Forum’s Crypto Sustainability Coalition. Kevin  founded Tennessee’s local B Corp network B Tennessee and served as sponsoring counsel to B Academics.

With a background in public-private partnerships, Kevin is a National Institutes of Health (NIH) RadX faculty member, and National Science Foundation (NSF) program evaluator for the Center for Bioplastics and Biocomposites (CB2) as well as the Carnegie Mellon Center for Quantum Computing and Information Technologies (Q-CIT).

To meet with Kevin Christopher, schedule an appointment through Calendly or email him directly at kevin@rockridgelaw.com.