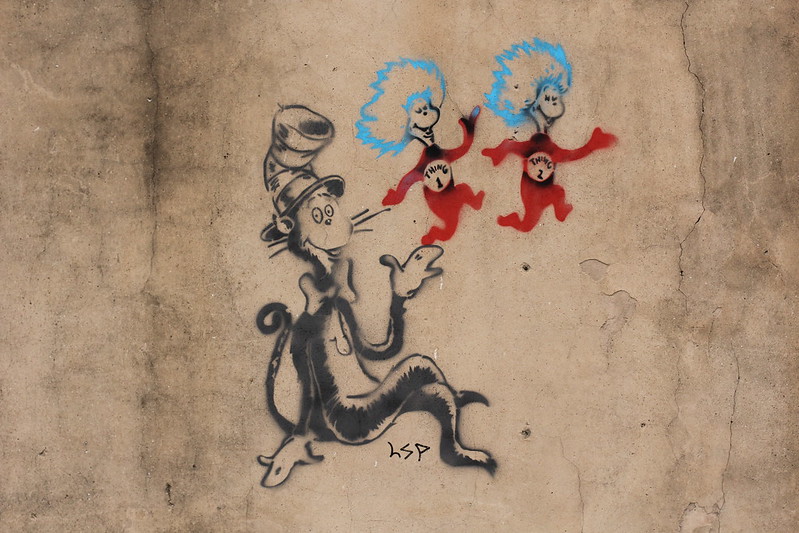 “Cat in the Hat” by Gamma Man is licensed under CC BY 2.0

This article concerns patentability of biopharmaceuticals (i.e. biologics), particularly focusing on the patentability of antibody therapeutics in the form of monoclonal antibodies. In the pharmaceutical marketplace, drugs (i.e. small molecules) are distinguishable from biologics. This article assumes the reader understands the technical, marketplace, and regulatory distinctions. For more on these distinctions, see references section.

Antibodies are critical to both individual disease tolerance and public health. Ultimately, the way out of our current COVID quagmire likely hinges upon herd immunity – protection from infectious disease that relies on antibodies generated in the human body through prior infection (arguably not the best approach) (ahem, Sweden), or through a widespread vaccination campaign (arguably a very good approach).

Introducing Biologics, the Pharmaceutical New Kid on the Block

Completely distinct from their generation during the human immune response, antibodies, specifically monoclonal antibodies (mAbs), are a relatively new class of therapeutics capable of inhibiting cellular processes in order to treat disease.  mAbs are produced in a laboratory and during the last few decades we’ve seen dramatic acceleration in development and approval of these treatments, leading to explosive growth in the market and revenues in the hundreds of billions of dollars.

Innovation drives pharmaceutical development at significant cost to consumers; many mAb therapies cost hundreds of thousands of dollars. How the intersection of drug development, regulatory approval, and patent protection play into pricing is a topic unto itself.

Given both the great diversity of possible antibodies that could recognize a specific target, and how important it is to characterize its specificity (the target, the mechanism of action against it, and method of treating the associated disease), how does one obtain IP protection for these innovations?

Catching Thing Two but not Thing One

Let’s turn to Dr. Seuss for an analogy.

However, deviating from Dr. Seuss’ story, Thing One harmlessly feeds the fish instead of wrecking the house – think beneficial molecules secreted by gut flora. Conversely, not-so-harmless Thing Two wrecks the house by flying kites inside – think PCSK9, a human enzyme that can be blocked to lower LDL cholesterol (more on PCSK9 later to justify its debut as Thing Two).

Imperfect analogy yes, but let’s go with it because it’s fun.

How can the boy differentiate between the nearly identical Things and stop only Thing Two? And after years of R&D, how does the boy protect his investment?

What the boy needs is a net (antibody) with the right structure (paratope) to recognize a unique structure (epitope) on Thing Two (the antigen). And to protect this invention it would be great to obtain both a narrow patent for the net itself (paratopes of an antibody) as well as a broad patent for Thing Two (the epitope of an antigen). But can you obtain an epitope-based patent based on recognizing Thing Two, and if so – will it stand up to litigation?

To address this, we’ll introduce some antibody basics:

IP Protection for the Net vs. for Thing Two

It’s relatively straightforward to patent protect the net, the paratope of the antibody, with a sequence-based patent for specific paratopes based on their amino acid sequences – this may include full-length sequences of the entire antibody, or abbreviated sequences of the antibody FV or CDR. This is relatively narrow patent protection since other sequences may generate other paratopes with similar but not identical structures capable of recognizing the same epitope. Many antibody sequence-based patents are issued.

It’s less straightforward to patent protect Thing Two, the antigen the antibody recognizes, with an epitope-based patent based on amino acids for specific epitopes on the antigen and methods of disease treatment. This is relatively broad patent protection since many different paratopes generated from a diversity of amino acid sequences can form structural features that recognize this epitope. Few epitope-based patents are issued.

Back to our question – can one obtain an epitope-based patent based on recognizing Thing Two, and if so – will it stand up to litigation?

To put it bluntly, probably not. The February 22, 2018 USPTO guidance attempts to clarify the current state of epitope- and antigen-based patents:

This marks an adjustment to USPTO guidelines for examination of patent applications (MPEP 2163) under the written description requirement (35 U.S.C. § 112a). This guidance limits epitope-based patent protection for a broad class of antibodies (genus) based on disclosure of a representative number of antibodies (species) capable of binding an antigen.

So what was the Amgen decision? Amgen sued Sanofi for infringement of several claims in two patents that claimed a genus encompassing a species that Sanofi was selling. A representative claim from one of the patents recites:

No antibody was claimed by amino acid sequence. The court found that claims were to the antigen and thus not the invention, acknowledging that:

“..both in this case and in our previous cases, it has been, at the least, hotly disputed that knowledge of the chemical structure of an antigen gives the required kind of structure-identifying information about the corresponding antibodies.”

What should Sally and her brother do?

The boy’s net is powerful for its ability to specifically capture Thing Two – he should build a patent strategy around amino acid sequences for the full-length antibody and/or for specific paratopes. The boy likely arrived at his net using screening techniques that combed through millions of possible sequences, sampling antibody diversity to arrive at the structure needed to catch Thing Two but not Thing One.

However, the sequences he discovered are some of many possible solutions to the problem of recognizing Thing Two, and efforts to obtain or defend an epitope-based patent may be stymied by Amgen and the USPTO’s new guidance. In the Amgen decision, the court quoted another decision cautioning that “each case involving the issue of written description ‘must be decided on its own facts. Thus, the precedential value of cases in this area is extremely limited.’”

Thus, one could seek an epitope-based patent with more narrow claims and a more comprehensive written description with more representative species, but the outcome may be uncertain. As Dr. Seuss cautions, “When you’re in a Slump, you’re not in for much fun. Un-slumping yourself is not easily done.”

Andrew Lerner joined RVL® as a registered patent agent upon completing his PhD in Biochemistry and Biophysics at the University of North Carolina, Chapel Hill. His practice areas include clearance & patentability analyses, patent prosecution, and due diligence; strategic IP portfolio development; and IP diligence for life science venture funds.

Andrew has supported faculty, researchers, and staff involved in innovation and commercialization across broad disciplines at top tier universities, and has led IP and market diligence activities for life science, biotechnology, and medical device seed funding. He serves as a reviewer for several seed stage funding mechanisms and regularly advises entrepreneurs as a mentor through Veterati, a platform that connects veterans/mentors with Service Members, Veterans, and Military Spouses.

Guppy Gumption: Why, When, and How Should I File a Patent Application?

Patent Trolling in the Time of COVID-19

*Please note that this guide is for informational and advertisement purposes only. The use of this guide does not constitute an attorney client relationship. As laws frequently change and may be interpreted differently, RVL® does not in any way guarantee the accuracy or applicability of this information.