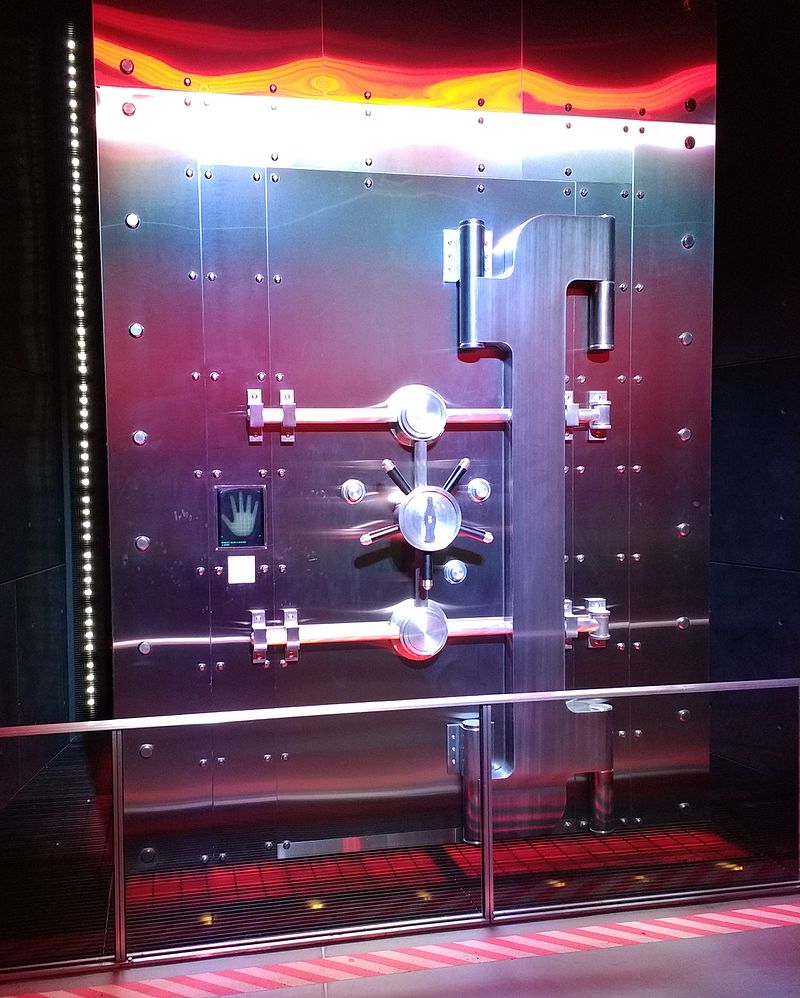 Guppy Gumption: Why, When, and How Should I File a Patent Application?

Kind of like choosing chocolate ice cream and having to pick from among Dutch chocolate, Mexican chocolate, milk chocolate, dark chocolate, and chocolate with chocolate chips. Kind of kills the impulse and makes you wish you’d chosen something simpler.

With patents, it can be easy and exciting to wade out into calm waters only to realize you’re drowning in strategies, rules, timelines, and jargon. As a former Marine, I leave no one behind, even at the hands of patent law, so allow me to come alongside and help you work up to a little swim.

So you’ve invented a game-changing thing (we’ll call it a widget) and you want to commercialize it. Now what? One option is to keep it a secret – don’t tell anyone what it is or how to make it, then just start manufacturing, marketing, and selling the widget (assuming doing so doesn’t infringe on someone else’s patent rights).

By doing this you are creating a trade secret, and legal protections to keep it a secret involve agreements with employees and contractors in the form of non-disclosure agreements and work-for-hire and non-compete clauses. Additionally, restricting access to very few individuals limits the risk of public disclosure.

If the trade secret is successfully kept a secret, this form of intellectual property protection is forever and you can potentially corner your approach to the widget market. It seems to be working for KFC – its formula is a widely-tasted widget shrouded in secrecy…and lasers.

But what if by chance someone else comes up with the exact same widget? Or what if someone examines the widget and can easily figure out how to make it?  You may need an alternative way to exclude others from making, using, selling, and importing your innovation. That’s why we have patent protection.

The concept of patent protection is actually a Jeffersonian quid pro quo. The early U.S. Government wasn’t crazy about monopolies, but it was even less crazy about Americans hiding the mechanics of their industrial machines. A limited term of exclusivity was seen as a manageable compromise that would encourage inventors to share the secret sauce of their inventions. This would allow others to build upon these inventions for everyone’s benefit, and over 200 years later, it’s clear that the concept has been a smashing success, even as the administrative system is far from perfect.

So what is a patent exactly?

A valid patent is a form of intellectual property that confers the right to exclude others for a limited time in exchange for full disclosure of the invention to the public. This exclusivity keeps others from benefiting from the time and resources invested in innovating and developing the invention. Full disclosure means no instrumental detail can be withheld; both how to make and how to use the widget must be thoroughly described. Full disclosure is hard to define – it’s formally codified and the subject of much litigation.

The goal in pursuing patent protection generally isn’t just to get a patent for its own sake (termed a vanity patent), but to facilitate successful commercialization of the invention. Patents don’t guarantee a market or customers for the widget, nor do they guarantee a monopoly on a market.

Patents can be challenging to get, their value may be limited, and ultimately they may be invalidated during litigation. Truly excellent legal representation should procure strong patents of high commercial value that can stand up to litigation. (Note: there are additional areas where patents are not necessarily commercialized but can be leveraged by non-practicing entities, i.e. in support of research centers, grants and programs.)

After testing the water, you’ve decided that a patent is the way to go – so what’s next? Some basic searching in the patent literature will provide an idea of what the widget world looks like and can familiarize you with relevant types and parts of patents.

In the U.S. there are 3 types of patents: design, plant, and utility patents.

Historically, design patents were limited to non-functional accents of utilitarian objects, like packaging or textile patterns. With the increasing importance among consumers of hardware design, however, design patents have surged in importance and value.

Thus, design and utility patents can be used together as complementary investments to generate collaterizable, comprehensive, and enforceable collections of patents called patent portfolios (consider litigation between Samsung and Apple largely over design patents rendering judgments in the hundreds of millions of dollars). Here, we will focus on patenting a widget that falls squarely into the utility patent category.

If the invention is sufficiently well-developed to be fully described with detail and precision (preferably with detailed drawings), a common first step is the filing of a provisional patent application. The party applying for patent protection is the applicant, which may or may not be the inventor if, for example, the applicant is an employer that has obtained assignment, or legal transfer of ownership of the invention, from an inventor.

The filing date of the provisional application is the priority date – the formal date where the applicant stakes a claim to the invention and says “me first.” Anything preceding the priority date is considered prior art, or pre-existing stuff that may be relevant to the scope of the patent application.

Anything disclosed, published or sold after the priority date shouldn’t be cited by a patent examiner as a basis for rejecting the application (more on patent examination below). Under the first-to-file system, generally the first of two inventors with two identical widgets to file for protection establishes priority against the other. As an applicant or inventor, you should strive to file prior to publicly disclosing or selling the invention, particularly if you seek patent protection in other countries.

At this point the widget should have an inventive concept but need not be fully baked, and a prototype, while useful, is not necessary. While one can skip the provisional filing in favor of other types of applications, the provisional patent application is a relatively affordable placeholder to lock in a priority date.

With a provisional patent application filed, you can with tailored legal guidance further develop and test the widget. In parallel, you can prioritize a professional patent search and opinion to most effectively strategize about where and how to file follow-up applications for U.S. and international patent protection.

You will have 12 months from the provisional filing priority date to file your subsequent application. During this time you can use the phrase “patent pending” in branding and communications with potential partners, investors, customers and licensees. As research and development leads to new inventive concepts, additional provisional applications can be filed, with the ultimate goal of fully describing each inventive concept of one unitary invention.

For example, Walmart’s US Patent No. 10,130,232 B2 titled “Shopping Facility Assistance Systems, Devices and Methods” describes a self-driving shopping cart and claims priority to 37 provisional patent applications, each describing inventive concepts of one invention and all filed within this 12-month period.

The 12 months are up, and it’s time to make some decisions. If for whatever reason you don’t want to move forward with patent protection, you can abandon the provisional application, it will never go public, and the priority date is lost forever. Let’s assume cheerier circumstances, where you want to patent the widget and are deciding between filing a U.S. non-provisional application or an international (PCT) patent application. Either way, these filings should not introduce new matter above and beyond what was disclosed in any provisional patent applications relied upon for an early priority date.

A U.S. non-provisional patent application, filed with or without claiming priority to one or more provisional patent applications, is the filing that will be examined by the USPTO to determine patentability of the widget for protection in the United States. An international (PCT) patent application is filed under the Patent Cooperation Treaty (PCT), a patent law treaty that allows one single filing to serve as the basis of patent protection in one or more countries that have adopted the treaty (there are 153 member countries at the time of writing).

A PCT filing in most cases both streamlines patent protection and reduces and delays costs compared to individual country filings. If your PCT application invokes a previously filed application, your earliest priority date starts the clock for time limits that govern when you must decide in which specific countries to seek patent protection (termed national phase entry).

Whether you pursue a U.S. non-provisional or enter the national phase in various countries through an international (PCT) application, eventually a back-and-forth correspondence begins between your legal representative and the office that is examining the application. This is called patent prosecution, and extreme caution must be exercised during this process to keep the end goal in mind: issuance of a strong patent with high commercial value protecting the widget.

Hopefully this has been a helpful introduction to the muddy and sometimes turbulent waters of patent law…or at least the particular part of patent law pertaining to initial preparation and filings of patent applications.

Andrew Lerner joined RVL® as a patent agent upon completing his PhD in Biochemistry and Biophysics at the University of North Carolina, Chapel Hill. Andrew’s academic research has focused on the engineering of novel optogenetic tools to study fundamental mechanisms of epigenetic regulation. Andrew has contributed scientific expertise to biotechnology, therapeutics, and medical technology companies large and small.

Active in science outreach, he designed a suite of educational activities to teach children and adults about DNA and gene therapy as a Morehead Planetarium and Science Center Ambassador, and has visited classrooms in rural communities to share his passion for science. Andrew’s ability to explain complicated concepts and mechanical and regulatory operations as consultant and teacher is readily apparent in his work as a patent practitioner.

Patent Trolling in the Time of COVID-19

*Please note that this guide is for informational and advertisement purposes only. The use of this guide does not constitute an attorney client relationship. As laws frequently change and may be interpreted differently, RVL® does not in any way guarantee the accuracy or applicability of this information.