Why You See CBD Everywhere (including the $9 CBD-latte phenomenon)

Feeling like you’ve seen and heard about “CBD oil” more in 2019 than ever before? That’s likely due to the passage of the Agricultural Improvement Act of 2018 (known as the 2018 Farm Act), which became law on December 20, 2018. The Farm Act removed hemp from the Controlled Substances Act’s (CSA’s) definition of marijuana. Consequently, hemp plants and their derivatives such as cannabidiol (CBD) that contain no more than .3 percent tetrahydrocannabinol (THC) are no longer controlled substances under the CSA.

LET THE BROWNIES BAKE! Oh, wait, we’re just talking about CBD. But that’s not so bad! Business is booming in CBD, where apparently a whole bunch of anxious people are pushing a $1b industry.

All this leads us to…the U.S. Patent and Trademark Office? Exactly, because every trademark examiner is now officially a mini drug czar tasked with tracking new marijuana slang and decoding bottle and advertising references for excessive THC content. I’m not making this stuff up. The USPTO released on May 2 the Examination Guide 1-19 , which outlines how examiners will evaluate trademark applications for hemp and hemp-derived extracts and products.

Big (but not exactly clear) Picture:

How the USPTO Will Review Applications:

For applications filed before December 20, 2018 and that identify goods encompassing CBD or other cannabis products, registration will be refused due to unlawful use or lack of bona fide intent to use in lawful commerce under the CSA. Basically, because the goods violated federal law at the time, those applications did not have a lawful basis to support registration at the time they were filed. Bummer.

[Note: A TESS search for “time machine” returns at least 200 files, and yet there are no time machines. What’s up with that?]

BUT, there is still a pathway for these applications to proceed. Since hemp-derived goods are now lawful, an examining attorney will provide an applicant with the option to amend its application by:

The following rejected applications would still seemingly miss the mark (pun intended) under the new rules.

The PTO refused to register the applied-for-mark “THCTea” for tea-based beverages as ‘deceptively misdescriptive’ since consumers would likely think the drinks contained THC. The Trademark Trial and Appeal Board (TTAB) reasoned on appeal that teas could contain THC, and even though the applicant’s beverages did not, consumers would believe the misrepresentation made by the mark.

According to the applicant, THC stood for “Tea Honey Care” or “the Honey Care Tea” and noted two advertisements that explained this. However, the applicant’s demonstration of use (“specimen”) showed the mark without any accompanying wording or explanation. Additionally, the applicant failed to submit evidence indicating that consumers would likely interpret THC according to the suggested forms.

The PTO refused to register “PARIS OG KUSH INDICA” and “HARDCORE OG KUSH INDICA” on the grounds that the marks were “deceptively misdescriptive” of “medicinal herbs.” The applicant argued that his goods “are not marijuana” and “are not derivative of marijuana in any way.” However, all of the words used describe strains of marijuana. (That is, according to the mini drug czar / trademark examiner’s review and interpretation of leafly.com.)

The applicant during prosecution argued that the goods would simply remind people of marijuana. The examiner was not persuaded, finding it far more likely instead that consumers would expect the applicant’s medicinal herbs to actually contain marijuana.

The PTO rejected the applied-for-marks “POWERED BY JUJU” and “JUJU JOINTS” for smokeless marijuana vaporizers due to the identified goods being illegal under federal law (the CSA again). The applicant argued that it did business only in states where marijuana use was legal under state law, and therefore the commercial activity was lawful. As you might expect by now, this argument was unsuccessful.

These are some examples of CBD-related applications that COULD make it through federal registration under the new guidelines — keep in mind that the rules are so new that we haven’t yet seen the effects play out. Here’s what we think could work:

The guidelines state that if an applicant’s goods are derived from “hemp” as defined in the 2018 Farm Bill, the identification of goods must specify that they contain less than 0.3% THC. Commonly found consumer CBD oils for human use should be registrable.

Since CBD pet oils contain less than 0.3 percent THC and are marketed as “oils” for pets, they would technically satisfy the new guidelines for registration.  Note, however, that similarly formulated products marketed as pet treats would probably not qualify since foods, beverages, dietary supplements, or pet treats containing CBD may still be refused as unlawful under the Federal Food Drug and Cosmetic Act. There are Still Nuances

This area of law is changing and progressing, and this is where we come in.

We’re here to apply these guidelines to your hemp/CBD-oriented product or service and work with you to optimize your federal and state trademark strategy.

There are many benefits to federal registration, including (but definitely not limited to) exclusive rights to use your mark in interstate commerce in connection with the goods specified, the ability to stop importation of goods bearing infringing trademarks — and even the ability to file complaints with Google and other entities for misleading advertisements filed by your competitors.

Get in touch at https://www.venturelaw.org/contact/.

Print a stylized PDF of this article: New USPTO Guidance on CBD Trademarks LASTLY, THIS IS NOT LEGAL ADVICE. I AM NOT YOUR LAWYER. NOTHING IN YOUR REVIEW OF THIS ARTICLE OR ACTIONS  YOU TAKE IN FURTHERANCE OF IT ESTABLISHES A LEGAL RELATIONSHIP BETWEEN YOU AND ME. I PROBABLY DON’T EVEN KNOW YOU, THOUGH WHO’S TO SAY WE CAN’T BE FRIENDS? NOTHING IN THIS ARTICLE IS WARRANTED TO BE ACCURATE IN ANY WAY, AND THOUGH PRACTICALLY UNLIKELY, IT IS POSSIBLE THAT THE SUBSTANCE OF THE ARTICLE CAN KILL, HARM, MAME, OR OTHERWISE DEFEAT YOU, PARTICULARLY IF YOU ARE READING IT WHILE ON A SCOOTER. YOU SHOULD NOT RELY ON ANYTHING IN THIS ARTICLE WITHOUT INDEPENDENTLY DISCUSSING IT WITH YOUR LAWYER. YOU PROBABLY SHOULD HAVE ALREADY BEEN IN TOUCH WITH A LAWYER BEFORE READING THIS ARTICLE. LAWYERS ARE A GOOD THING – ALSO NOT LEGAL ADVICE. 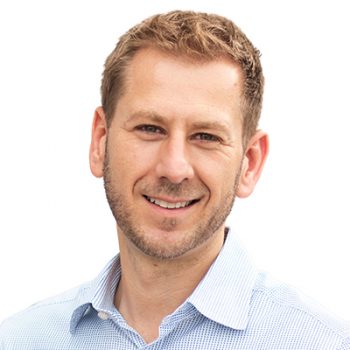 Kevin is founder and principal of Rockridge®. Kevin’s practice areas include corporate, patent and trademark law. He is an entrepreneur, NIH RADx faculty member and Small Business Innovation Research (SBIR) reviewer. He mentors impactful and innovative founders through First Flight Venture Center, Oak Ridge National Lab Innovation Crossroads, and Tsai Center for Innovative Thinking at Yale. Kevin has been recognized as a SuperLawyer by Thomson Reuters and Top Business Leader by Conscious Company Magazine. Read more about Kevin, connect with him, and Calendly him.

Improving Your Trademark EQ: How to Choose a RAD Trademark

What is a Patent? Why do I Need One? How can I Get One? What’s it Gonna Cost Me?

Common Mistakes Made by Entrepreneurs

SECsy for the Sharks: Tips on Creating and Delivering Startup Pitches that Meet Federal Regulatory Requirements

Rockridge Venture Law® was launched in 2017 to become the preeminent intellectual property and technology firm across the Appalachian Innovation Corridor. We now have offices in Chattanooga, Durham, and Nashville, and represent clients and interests globally. Our services include all aspects of intellectual property, litigation, M&A, privacy, technology transactions, and ventures.

In 2018 and 2019, we were recognized as B Corp Best for the World for our commitment to triple bottom line business practices. Rockridge® is also certified by 1% for the Planet for its nonprofit partnerships advancing stewardship and sustainability. RVL’s nonprofit partners in 2020 include Green|Spaces, Living Lands and Waters, Mustard Seed Ranch, and the NC State Lulu Games Social and Environmental Impact Competition. We value transparency and proudly publish our yearly impact reports.

Our pioneering environmental and social impact programs attract top-notch legal talent and assure our clients of missional alignment with their corporate values. Rockridge uniquely addresses two modern profit drivers: innovation (uptake and development), and corporate social responsibility. We’re Building Today’s Company for Tomorrow’s Economy® by leading clients through the dizzying array of information controls, by helping them to develop and monetize proprietary assets, and by enabling their impactful products, programs, and principles.

Learn about global impact and innovation leaders at Rockridge I-Suite®.