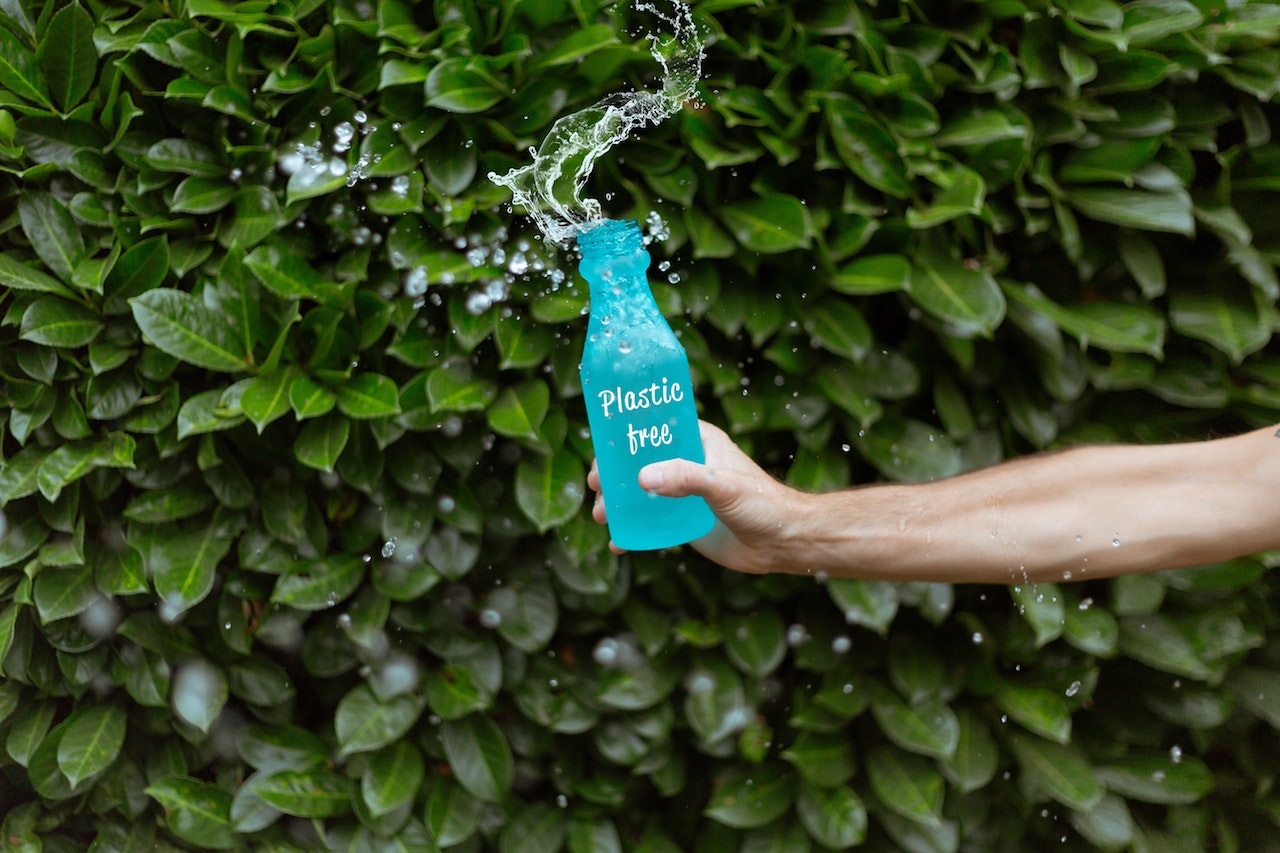 Photo by Oleg Magni from Pexels

The Five Rules of Certification:

If you want to be the future owner of a certification mark, you will be required to follow certain rules to maintain the validity of your chosen mark. This article will provide a general overview of the best practices that should be implemented into your third-party standards agreements and policing efforts, which will significantly reduce the risk of having your certification mark declared invalid. We’ve also included some helpful examples of qualitative and quantitative marks, which is a distinction you’ll make when creating your mark. RVL® is always here for hiring if you have any questions regarding the practices outlined below.

You cannot produce or sell any product bearing your own certification mark. 15 U.S.C. § 1064(5)(B). This prohibition preserves the objectivity of the standards and criteria embodied in the mark. If you as a certification-mark owner are allowed both to set the standards and to sell goods under the same standards you set, the integrity of those standards would be compromised.

As the owner of a certification mark, you cannot refuse to allow a company to use the mark if that company meets the standards of certification. 15 U.S.C. § 1064(5)(D). This prevents nonobjective or secret criteria in the certification process or the otherwise unfair favoring of certain producers over others.

However, you are the maker of your own standards, and they may be as rigorous and elusive as you please. Your standards will only be judged according to whether they are being applied uniformly. To make such a determination, the Trademark Trial and Appeal Board (TTAB) may review your records of requests for certification.

To ensure that you will receive a favorable judgment of implementing your standards uniformly, you should keep records to establish that no third-party is being treated in a discriminatory manner. These records should contain information on who applies to use the mark, when the application was filed, a checklist of ceriteria met, and the reason(s) for granting or denying the use of the certification mark.

For example, the certification mark should not be incorporated into other trademarks, owned either by yourself or the user. If this practice is allowed, you run the risk of forcing the user to cease use and registration of its trademark via an infringement action or cancellation action, should that user’s right to use the certification mark ever terminate.

Accordingly, in establishing a certification program, you should avoid any intermingling of the certification mark with users’ specific trademarks. Implementing a dedicated monitoring program to police such use is advisable, which s firm like RVL® can conduct for you.

Examples of standards include requiring that:

There is no defined level of control required by statute. Given that absolute control over all possible uses of the mark is impossible, TTAB requires only that you take “reasonable steps” to control the mark so that the public is not misled about which products are certified and which are not.

You should actively police your mark, not only to strengthen your rights generally, but also to avoid problems under the statutory “control” requirements. This could mean implementing a worldwide watching service, opposing problem trademark applications, filing letters of protest, monitoring use of the certification mark in the press and on the internet, and taking action for improperly labeled products. To indicate to TTAB that reasonable steps are being taken, all policing efforts should be well-documented.

All mark owners face the possibility of Genericide, which is the loss of registration rights due to the mark becoming part of the everyday language, e.g., Thermos, Escalator, and Aspirin.

Further, a policing program would provide not only an effective defense to a “failure to control” attack (as discussed above), but also a valuable weapon in combatting a genericness attack by preventing the mark from entering the mainstream without your authority.

Certification marks can sometimes contain certain qualitative or quantitative elements, which helps consumers understand the purpose of the mark. Qualitative marks denote that the mark carries a certain quality, but there is no numerical measure that must be obtained to meet the certification standard. Quantitative marks have certain numerical or percentage points in place that must be met to reach the standard. Below is a list of examples of each. 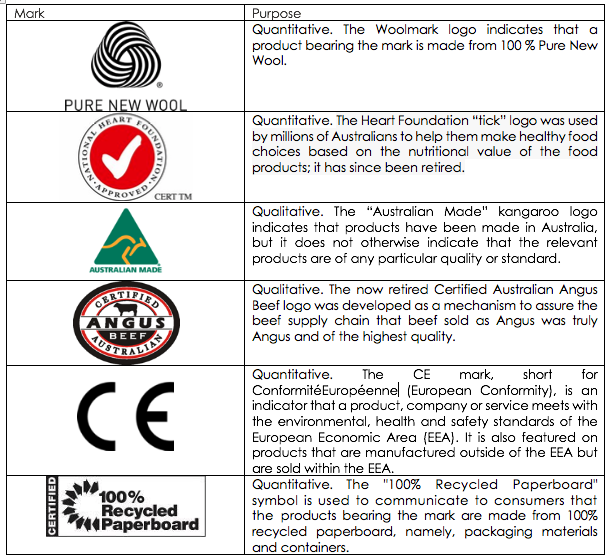 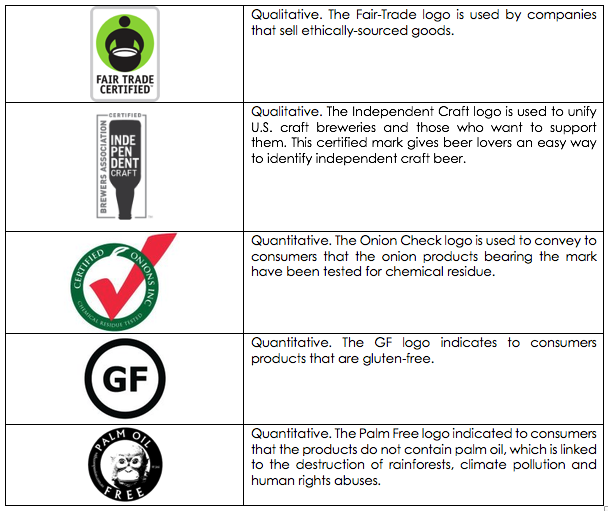 In following these best practices, you should significantly reduce the risk of having your certification mark declared invalid.

LASTLY, THIS IS NOT LEGAL ADVICE. I AM NOT YOUR LAWYER. NOTHING IN YOUR REVIEW OF THIS ARTICLE OR ACTIONS  YOU TAKE IN FURTHERANCE OF IT ESTABLISHES A LEGAL RELATIONSHIP BETWEEN YOU AND ME. I PROBABLY DON’T EVEN KNOW YOU, THOUGH WHO’S TO SAY WE CAN’T BE FRIENDS? NOTHING IN THIS ARTICLE IS WARRANTED TO BE ACCURATE IN ANY WAY, AND THOUGH PRACTICALLY UNLIKELY, IT IS POSSIBLE THAT THE SUBSTANCE OF THE ARTICLE CAN KILL, HARM, MAME, OR OTHERWISE DEFEAT YOU, PARTICULARLY IF YOU ARE READING IT WHILE WORKING FROM HOME WITH KIDS. YOU SHOULD NOT RELY ON ANYTHING IN THIS ARTICLE WITHOUT INDEPENDENTLY DISCUSSING IT WITH YOUR LAWYER. YOU PROBABLY SHOULD HAVE ALREADY BEEN IN TOUCH WITH A LAWYER BEFORE READING THIS ARTICLE. LAWYERS ARE A GOOD THING – ALSO NOT LEGAL ADVICE.