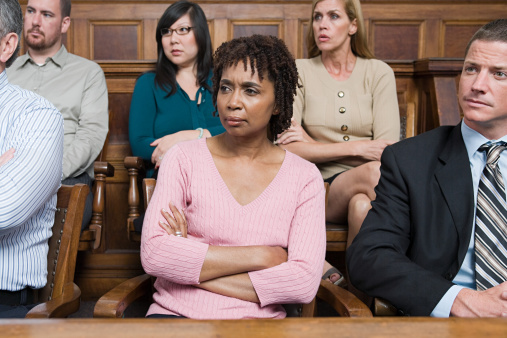 There is probably nothing more fearful to an in-house litigation counsel or general counsel than to receive a patent infringement complaint from a competitor or a non-practicing entity. The typical complaint dramatically alleges unthinkable infringement activities and threatens to pull your product(s) off the market. It asks for damages, sometimes treble damages (lawyer jargon for 3x). Oftentimes, upon review an in-house counsel immediately engages one law firm to defend the entire case, and in doing so may have already lessened the threatened company’s chances for a positive outcome.

The following observations assume this post’s reader understands the essentials of patent litigation, and how patent infringement is a separately litigated precursor to an award of damages. I believe that general counsel should always consider in its initial defense planning retention of different firms for infringement and damages litigations. My reasoning below is based on decades of complex intellectual property litigation and in-house experience, as well as the current litigation landscape.

For an intellectual property trial attorney, awaiting a jury’s decision can be nerve-racking. I’ve waited from a couple of hours to over two days for a jury verdict. In all trial situations, even in preparatory mock trials, there is one thing I am certain of about juries. They are unpredictable.

The best trial attorney will tell stories of how victory was won or lost because of a trivial fact. Seasoned trial veterans know that juries may focus on everything and nothing. Non-relevant facts such as what someone is wearing, the age of the attorneys, and even whether someone resembles their favorite Hollywood star. Jury persuasion can at times feel like rolling the dice to an inexperienced litigator.

This is part of the reason why most patent cases settle before trial – upwards of 95-98% according to some studies. But, let’s say you’re in that 5% that go to trial, having confidently asserted your various available defenses, and vigorously argued your navigated various pre-trial motions – 12(b)(6), summary judgment, and even Daubert motions to exclude both liability and damages experts. Your trial team will now place your board, officers and shareholders’ liabilities at the mercy of Mikey Mechanic and Sally Superintendent.

Then, after all the theatrics, there is the damages case. If having been found liable, your trial team will now ask for a reasonable royalty as part of the analysis. Plaintiffs, however, will ask for lost profits and/or a much higher royalty, in addition to punitive awards. The amount of damages each party alleges oftentimes varies by tens to hundreds of million of dollars.

Two Is Always Better Than One

If a single trial team is handling a patent infringement case, the odds are, if they lose on infringement and invalidity, they will probably lose the damages case. There’s a simple reason for this…Juries tend to give the winning party all the marbles. In psychology we call this escalation of commitment.

We have all heard the phrases…

“If you find yourself in a hole, stop digging.”

And my favorite is “if there’s a fly in the soup you don’t take the fly out, you throw away the entire bowl.”

The only thing that can doom a trial faster than a smoking gun document is loss of credibility in the trial team. Remember, juries are fickle. In ordinary patent cases involving advanced technologies, mostly non-technical individuals are paid mediocre hourly stipends to adjudicate corporate squabbles over multi-million to billion dollar products.

They’re not adjudicating juicy murder trials where they might be more inclined to care about the facts and people involved. The details of patent litigation can only be interesting to those of us highly functioning eccentrics known as patent attorneys.

Many patent trial jurors quickly comprehend that they are not being quizzed on the drama unfolding before them, but simply must make a binary decision: guilty / not guilty. Consequently, patent jurors are more inclined to subscribe to biases or positions early on in a case so that his/her mind can wander to other personal priorities, like how the Yankees’ new relief pitcher is doing. If your trial team loses credibility or likability before the jury, they will probably disregard your entire case. In identifying your cause as a losing cause and your trial team as losers, a jury is less likely to favor your arguments in limiting damage awards.

Having a separate damages trial team gives defendants a second chance. A second life. An opportunity not to throw the proverbial baby out with the bathwater.

A separate damages trial team provides another opportunity to clear a company’s name and lower the damages award. This new team can distance themselves from the potential harm done by the liability attorneys, harmful documents and/or witnesses, giving the defense another bite at the apple.

The play here is to balance risk/reward. Losing a patent infringement case may not be so harmful if the jury accepts a lower damages result. Maybe the liability expert bombed on the stand, maybe it was a fact witness, or the attorneys made a memorable mistake in front of the jury. Having a new team that can walk into the courtroom and say, “hey, I don’t know what this team told you, but I’m here to tell you a different story, the real story about what your liability judgment means in dollar and cents.”

Times are changing, which also means juries are changing. In this fast-paced internet/.com age, having a mobile, fast action damages litigation team ready at a moment’s notice can mean the difference between success and failure.

It is prudent for defendants to consider a separate damages team as part of an overall patent defense strategy. They will be your clean-up team. They can stop the bleeding, close the deal, and finish the case with a new sense of urgency. A great damages trial team is akin to having Mario Rivera (of the Yankees) on your team. The greatest closer of all time. Enter the Sandman, save the day and your company.

Jerry Canada has handled both jury and bench trials around the country from the Eastern District of Texas to the Delaware District Courts. He is also a patent damages expert, trying damages cases in excess of 1 billion dollars. He is a first class, first chair litigator, and the ideal closer for your litigation team. (Just don’t mind the pinstripe suits, if you haven’t figured it out the Yanks run deep in his blood.)